Meridian House has been owned by Riverlow Group for over 30 years, during which time it has played host to a range of educational institutions. However, the building has been empty since 2019, when the Greenwich School of Management vacated the space.

The plans set out here are the result extensive work by the project team, who have also worked closely with the Royal Borough of Greenwich. 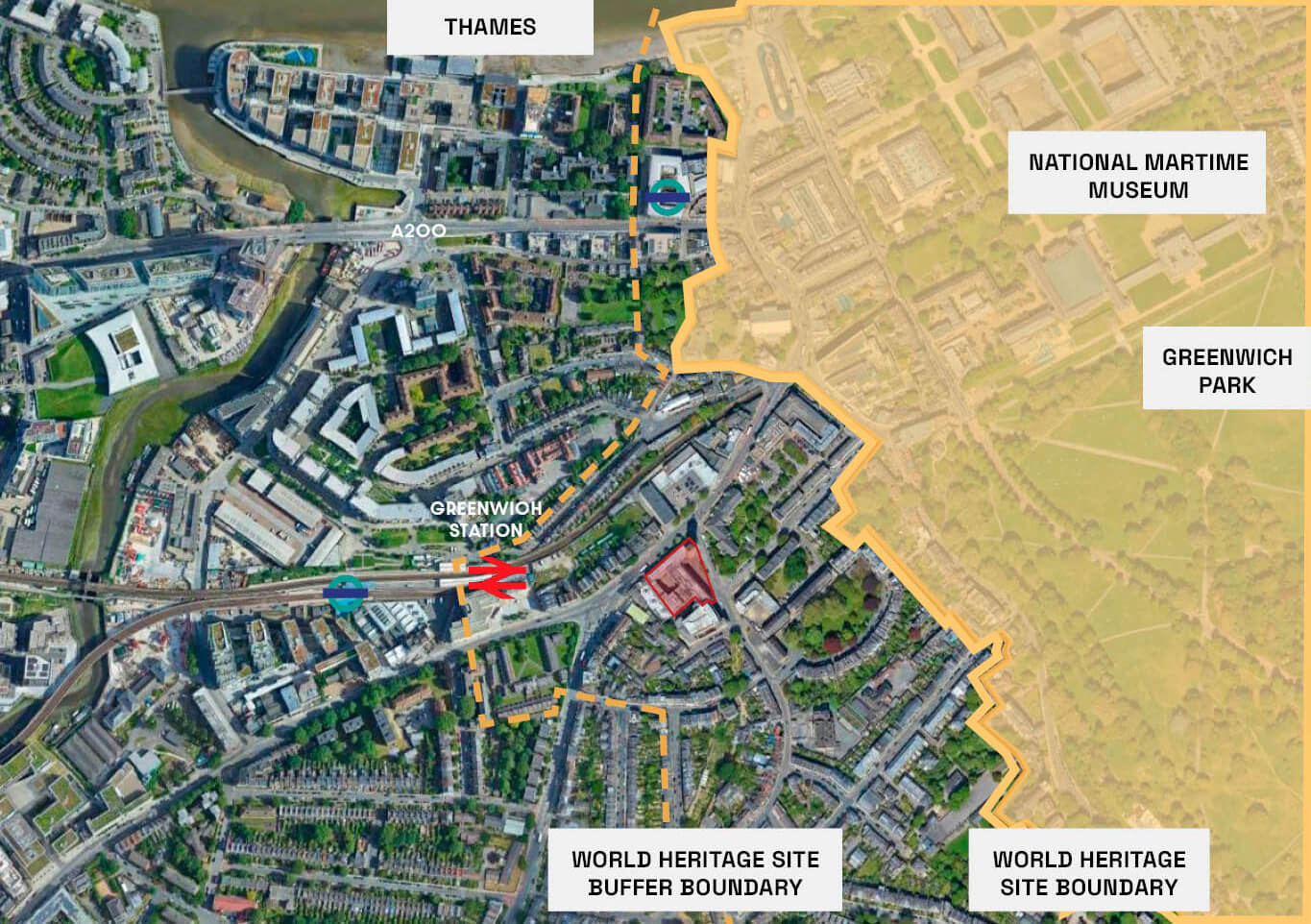 Built in 1938, Meridian House originally formed part of the wider ‘Borough Halls’ building located directly to the south. However, in 1972 Meridian House was partitioned off and acquired by Riverlow Group. The Royal Borough of Greenwich have retained ownership of the Borough Halls up to the present day. However, the Halls’ most recent tenant – Greenwich Dance Agency – have also ceased to use this space. The Borough Halls is therefore up for sale, but is not included in these plans.

The policy and heritage context for reimagining Meridian House are many and complex. Our plans for this significant and important landmark site for Greenwich have to take into account:

Importantly, Meridian House has now spent more time being home to schools and universities than its original use as Greenwich Town Hall, and whilst the building’s exterior still reflects a ‘Art Deco’ style architectural approach, much of its internal features and civic interiors were removed in the mid-1970s.

Sign up to get up-to-date news about the project.

If you have any questions about the project, please get in touch.